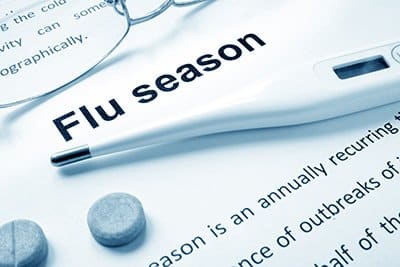 This year’s flu season is one of the worst in recent memory. Federal officials reported last week that this season has already caused the most hospitalizations in nearly a decade. During the week of February 10th, an additional 22 children’s deaths from the flu were reported, bringing the total to at least 84 nationwide. However, the week of February 10th was also the first week of the season in which the number of people seeking care for flu symptoms did not increase, potentially indicating that this harsh flu season may be levelling off. However, it’s far from over. Here’s what you need to know as flu season continues.